We booked a straightforward ferry/bus combo ticket to Ao Nang from Koh Tao... or so we thought. Today was a very valuable lesson!

After check in at the ferry terminal we were given 'joint ticket' stickers to wear and one paper ticket which said Koh Tao to Koh Phangan. We thought the latter was a bit strange as Koh Phangan was the neighbouring island and the first stop of the day. But I figured it just meant the direction/route via we were taking instead of going north to Chumphon. Wrong.

The entire ferry journey to Koh Phangan and on to Koh Samui and the final stop, Donsak, was uneventful. It wasn't until we were directed to a bus that our problems began. I'm not being racist, this is how the conversation went...
"Where you go?"
"Ao Nang."
"Where's ticket?"
We handed them our paper ticket.
"Noooo, this ferry ticket, where ticket?"
"We don't have another ticket, this is all they gave us."
"You need bus ticket."
"We weren't given a bus ticket."
"Where you go?"
"Ao Nang. We have joint ticket", pointing to our blue stickers, dropping unneccessary words to aid understanding. "We pay 1,100 baht each to get to Ao Nang."
"1,100? Each, not together?"
"Yes."
Fortunately on that news, he nodded to the bus and we were allowed to get on. Thank God for that we thought. Bloody check-in desk for Songerm ferries must have made a mistake. Nice man for taking our word for it. Phew, we're on our way to Ao Nang! Wrong.

The bus only went from the ferry terminal to a small transfer hut in Suratthani, where smaller minibuses pick up tourists to their onward final destination (Phuket, Krabi etc). We all got off the bus. I'm not being rascist, this is how the conversation went...
"Where you go?"
"Ao Nang."
"Bus ticket?"
Inward sigh. "We don't have a bus ticket, we weren't given one."
"You no go on bus. You have to pay taxi to bus station. 500 baht."
"No. We've bought a ticket to Ao Nang. They only gave us one ticket. We've paid 2,200 baht [£44] to get to Ao Nang."
"No, cannot travel on bus without ticket. You pay more."
"No. We already pay. Songserm problem, Songserm fix."
At this point heated words were exchanged as Ant continued to reason with the unhelpful guy. Meanwhile I went inside the waiting area to ask the other tourists how much they had paid and if any were going to Ao Nang. They weren't, but had paid comparable prices for their end destinations.

The man behind the desk could see there was a problem and helpfully asked what was wrong. After explaining, he checked their records and said that no passengers were booked to go to Ao Nang. Shit.

He pointed to an internet cafe up the road and suggested we contact our travel agent on Koh Tao, with an implication he'd help us from there. He also said the last public bus to Krabi was at 6.15pm. It was now 4.45pm.

It took us about 20 minutes to find their number as unhelpfully a google search on just their name didn't come up trumps. Slightly hopeful, we returned to the transfer desk at 5.20pm with contact details. The bloke had gone home. Whaaaaat?!

We were running short of time and were beginning to face the prospect of an overnight here, plus having to stump up more cash to make the 3 hour journey to Ao Nang. But a kind woman serving food at the hut offered to ring the guy and he agreed to turn around and come back to try to help (if that isn't dazzling a client, I don't know what is!!).

The guy turned out to be our guardian angel. He spoke with our travel agent and made several other calls in Thai, before hurriedly escorting us into his car (clearing his back seat of family clutter) saying it would be better to sort this out at the bus station so we didn't miss the last bus. He kept saying "they should look after you, not treat people like this, you are a guest in my country".

We were quickly ushered in and out of a ticketing office with stickers scrawled 'Krabi' on them and told to get on the bus at the end of the road. It was now 6.10pm. "Someone will pick you up the other end" he called out to us. And that was it, no time for questions like who was picking us up, from where, how will they know us/us know them, how do we know where we get off etc!

We were on a public bus with school children and workers heading home, feeling pretty on edge from the experience but relieved to be on our way. As it turned out, the pick up went smoothly and we were met by a Songerm private minibus, who were obviously trying to put things right.

Originally, we would have arrived in Ao Nang at 7pm but we finally got there at 9.45pm, having been travelling for 12 hours and skipping dinner. The hotel manager greeted us, concerned for our wellbeing as we were so late. We must have looked worn down as she offered us an upgraded room. A good end to a pretty rubbish day. And what a star the helpful guy was at the transfer depot, a million thanks whoever you are! (We did tip him.)

Valuable lesson? Always check your ticket, query anything which doesn't look right and take photos of any original travel receipts as these are not returned to you once tickets have been issued! 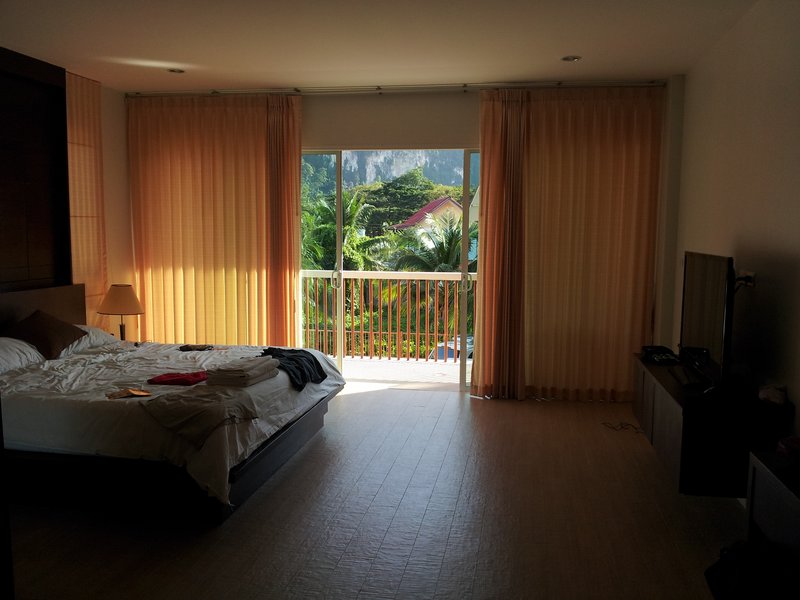 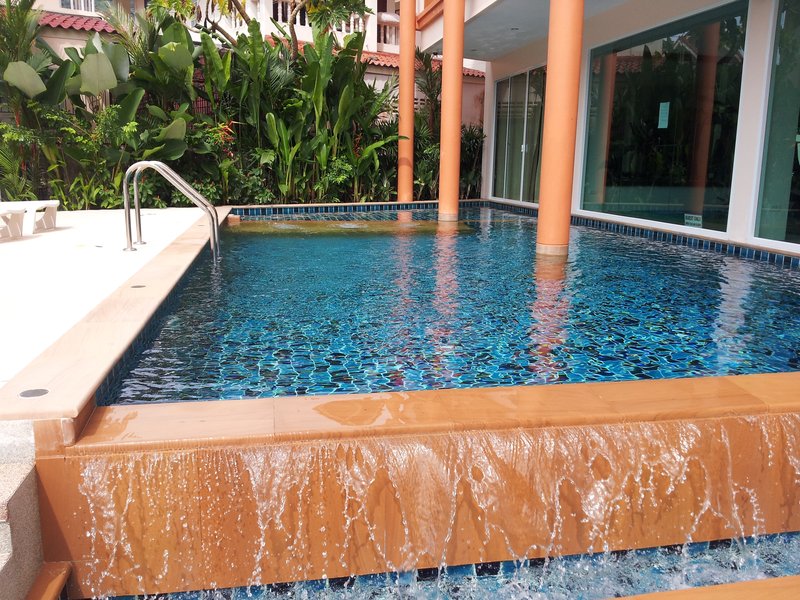 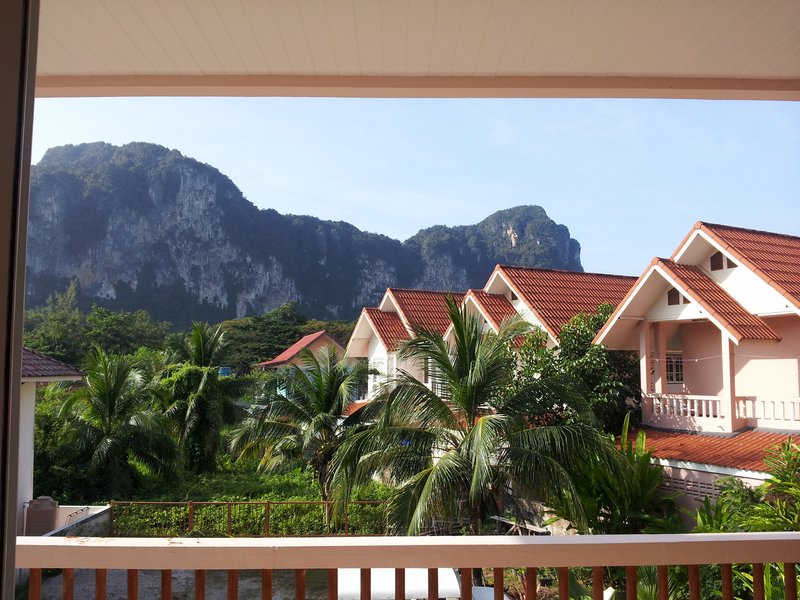 Posted by Galavantie 05:55 Archived in Thailand

Previous Next Table of contents

Comments on this blog entry are now closed to non-Travellerspoint members. You can still leave a comment if you are a member of Travellerspoint.

If you aren't a member of Travellerspoint yet, you can join for free.